So a little while back, when my daughter was 4, she asked if myself and herself could write a story together. I gave her ‘Once upon a time …’ and asked her a series of “and then what happened?” questions. This was the result …

The Elephant and the Toilet Seat

Once upon a time …

There was an elephant that lived under a toilet seat.

His name was Seancrunch because he was a little baby. Any why, you might ask, did he live under a toilet seat? Well, because everybody knows that baby elephants live under toilet seats.

“What should I do?” wondered Seancrunch. He decided to sit on the toilet seat to try and get rid of his wind.

“Oh No!” cried Seancrunch as – SPLASH – he fell without grace or dignity into the toilet.

The cold toilet water made him poop on entry, adding to his already deep sense of embarrassment.

Luckily, the Stamprunch was walking by. The Stramprunch, for the uninitiated, is green, with black hair and roars like a scary gorrilla-lion.

And then there were balloons. 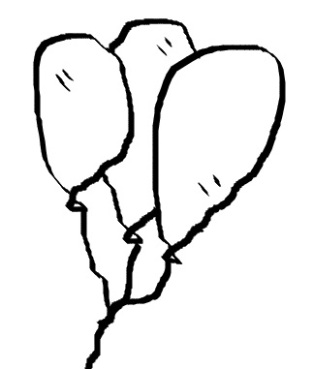